The technical concept of the first Pre2Pos motor is depicted in the schematics below. Pre2Pos technology is based on the concept of manipulating a flexible ring, which is constrained by 3 fixed pins. The constrains deform the ring inducing the creation of 3 lobes.

Each lobe is pressed by a linear actuator ( e.g. piezoelectric stack) which is initially set at half stroke (see top schematic ), 3 linear actuators being positioned at equal distances.

Then, by continuously commuting the actuators position, the ring is subject to a rotational motion, its speed being determined by the force applied by the linear actuators and their own stroke speeds.

The technology behind the second Pre2Pos drive differs deeply from the previous one, but none of its advantages are lost. AG-LT is a resonant piezo-motor that makes use of an hybrid longitudinal-torsional vibration in a fixed stator to drive a rotor through the friction achieved in the resulting intermittent contact between the two components. 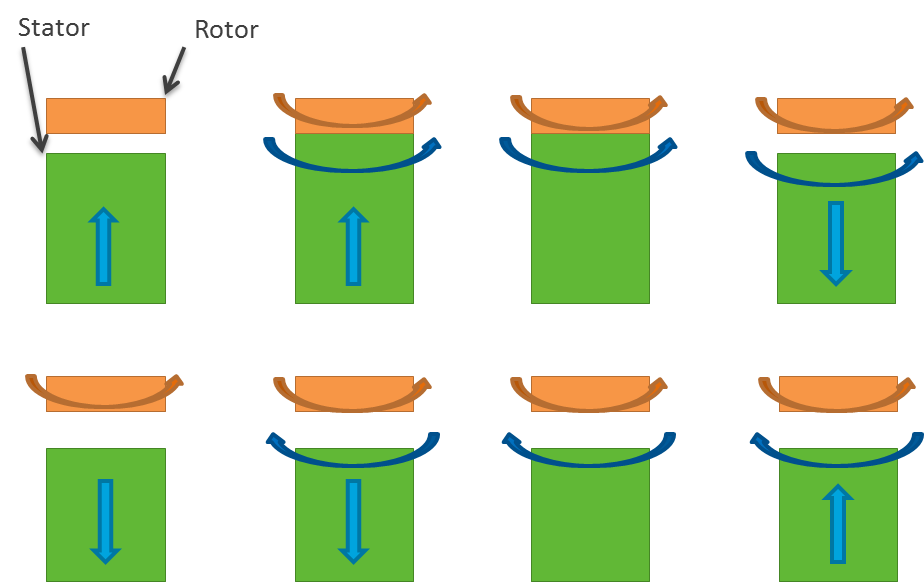 A series of micro angular displacements is achieved at high frequencies, generating a macroscopic rotational movement in the rotor.

Timeline Results 100%
This website uses cookies to improve your experience. We'll assume you're ok with this, but you can opt-out if you wish.Accept Read More